the "robodachi" plan to save the world 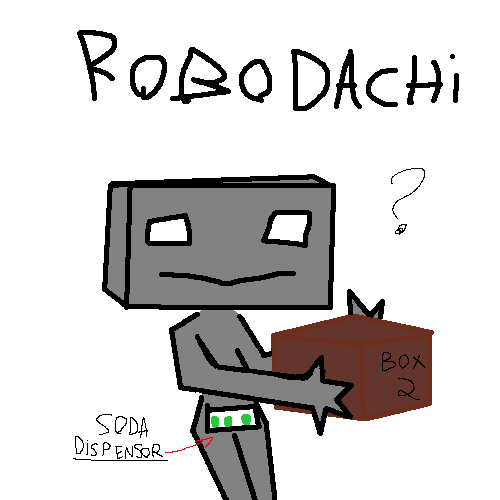 drawing made in 2 minutes

Robodachi is the combination of 2 words, "Robot" which is a human-like machine and "Tomodachi" which means friend in japanese, it is an idea I came up with to make the world a better place in the future, it goes like this, a Artificial Intelligence with the same properties as the human brain of a 25 year old is created, due to it being artificial, it shall be given a immunity to mental illnesses such as ADHD or Schizophrenia and many others, thus making it more stable than the human mind, not only that, but a human brain without any mental illneses will make it easier to acquire a higher level of intelligence, thus raising the emphaty levels of the entity, anyways, this AI is distributed across many robots, hopefully with cooler designs than the ones real humans have, yadda yadda yadda, you make these robots able to procreate with normal humans, however, unable to bring off-spring that is non-robotic, meaning that basically robot + human = robot, so, with long enough time, the human race will be erased peacefully, and replaced with a better, nice, cuter, cooler, more peacefull species, of robotic beings I'm bad at explaining things im gonna be honest i just hate humanity

THIS PAGE IS UNDER CONSTRUCTION